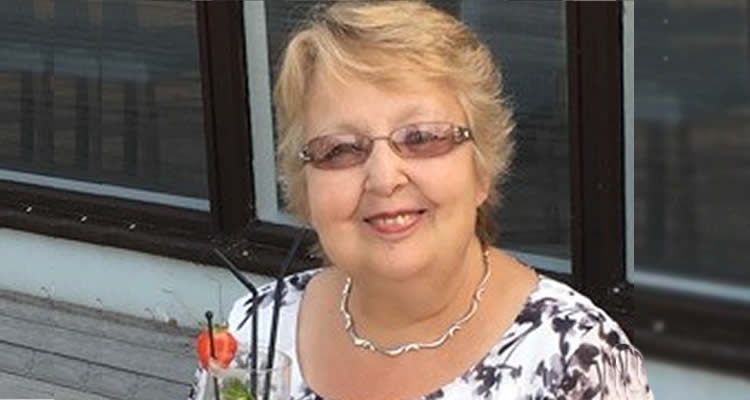 Deb the Donor gives Elaine a second chance at life

As the proud owner of a donated kidney I have a story to tell.

Towards the end of 197,4 Mum went to the doctors with what she thought might be a hernia. Looking back, it is strange to think how our lives were altered by that routine visit. She came home in tears as the doctor had said he could feel that her kidneys were very enlarged. She was diagnosed with PKD. I don’t think many of us give much thought to how our bodies work until something goes wrong; certainly no-one in our family had any real understanding of the role our kidneys play in keeping us alive. In short, as it was starkly pointed out to us - when your kidneys die, you die.

It was roughly two years later that I went to the loo and peed what looked remarkably like raspberry juice. Tests were positive - I too had PKD. So did my mum’s sister (my aunt) and my own, elder, sister. It was thought that the PKD gene had come from my maternal grandmother as, although it wasn’t diagnosed, we later realised she had the symptoms of renal failure. She was 62 when she died. My mother was 57. My aunt was 59. All from renal failure. I am happy to say that my sister is 68 and still doing okay, although she is managing with less than a quarter of kidney function.

Life on a machine

The PKD had little impact over the years apart from regular visits to the renal clinic and having an excuse for a fat tummy - yes, I know the kidneys are situated in your back but, when they’re this big, they’ve go to go somewhere! Renal failure set in during 2004 and my kidneys stuttered on until the spring of 2007 when it was agreed I needed dialysis. My kidney function was just 8%. I was 54. I remember asking how long I would need to wait for a vacancy in the dialysis unit. The answer was that I had to wait for someone to have a transplant, move from the area or die. Not a comforting thought.

During 2007 and 2008 both my kidneys were removed. The largest weighed 4 kilos! (Wow - instant weight loss!) Removing the kidneys made no difference to how I felt but it meant I didn’t pee. At all. This meant that the total fluid I could have a day was 500 ml. Imagine that - just one small bottle of water.

The gift of life

My husband was the wrong blood group to be considered as a donor but then a very special friend, henceforth known as Deb the Donor, offered me one of her kidneys. What an extraordinary woman she is. It is a big deal for the donor and everyone needed to be sure Deb knew what she was doing and that she was suitable as a donor. She is 22 years younger than me, seemingly fit and strong but there were tests to take and hoops to jump through. Finally, it was confirmed that she could give me a kidney. The transplant took place at the end of August 2008.

A new kidney sometimes takes a few days to spring into action but mine worked almost immediately. After two days my kidney function was up to 11% and by day four it was an amazing 75%. The important thing at this stage was to keep it well hydrated so anything peed out had to be replaced. I went from 500 ml a day to 7 litres (yes, litres). That level came down to normal of course but for a few days I’m sure I sloshed when I turned over in bed!

It was a strange feeling, going home and (a) not having to go for dialysis three times a week, (b) being able to eat more or less what I liked and (c) being able to pee! John and I can go where we want, whenever we want.

A second chance at life due to a very special friend.