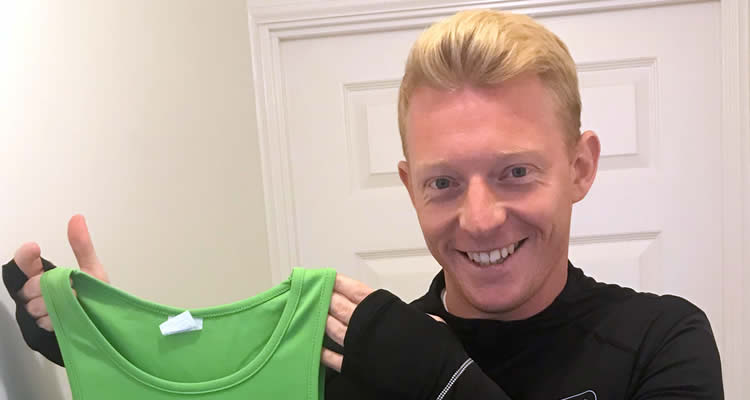 Mike takes on the London Marathon for PKD

Mike is one of two runners with a PKD Charity place in the 2018 London Marathon. Here Mike tells us what prompted him to take on such a big challenge for PKD.

"I am an active 29 year old who loves a challenge. My sporting background is mainly football, and in more recent years cycling. The reason for wanting to represent the PKD charity is solely down to my step-dad, Rob. He is a huge inspiration to our family and since meeting my Mum in 2008 at Church he continues to amaze us.

Rob was diagnosed with Polycystic Kidney Disease in around 2007 when he was 35. His son and my step-brother Jake (now aged 17) was also diagnosed with PKD a couple of years ago. He met my Mum in 2008 and they married in 2010. When Rob's health began to deteriorate he was put on the national transplant waiting list in early 2012. In November 2013 dialysis was installed in their home, allowing my Mum to be Rob's nurse and ease the increasing stress on their lives.

In September 2015, 3½ years after being put on the transplant list, that phone call came and the gift of life became available for Rob. A transplant was successfully completed on 14 September 2015.

The transplant has changed both Rob's and my Mum's lives having endured many lows and struggles since 2012. They are incredible people and now hold an annual Kidney Party to raise funds for charity.

Our family will be thankful every day and I personally want to contribute and say thanks by raising thousands of pounds for PKD. The London Marathon will be my biggest challenge to date and if I can achieve one my of life ambitions whilst representing a great charity, I would be overwhelmed."

If you would like to support Mike's fundraising please visit https://uk.virginmoneygiving.com/fundraiser-display/showROFundraiserPage?userUrl=MikeNoakes3&pageUrl=2

Could you run for PKD? We have places in other great runs this year. Find out more here.