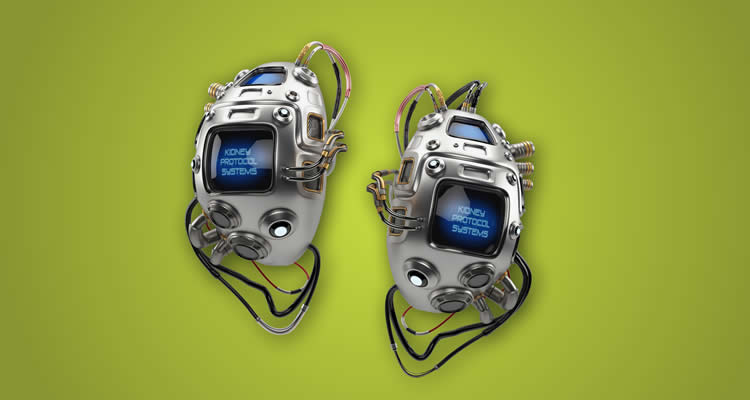 The Dawn of the Artificial Kidney

Artificial kidneys may sound like something from a science fiction movie, but these ground-breaking new treatments are currently being designed and tested across the globe.

These scientific advances offer patients with kidney failure the hope of more prompt or less burdensome treatments in the future, but can they become a reality?

Today, patients with kidney failure have two main options: a kidney transplant or dialysis. Either treatment can replace some lost kidney function and prolong life, but each comes with drawbacks. People opting for a transplant may face long waiting times due to donor organ shortages and will need lifelong treatment to dampen their immune system (known as immunosuppression).

Those receiving dialysis can begin treatment more promptly. However, they often feel tied down by the demands of regular dialysis sessions and restrictions on food and drink.

The wearable (or portable) artificial kidney

These backpack-sized dialysis devices could potentially allow a person to do blood-filtering dialysis (haemodialysis) any time and any place. This would mean more frequent removal of waste and fluid and the ability to do dialysis ‘on the go’ or away from home. This could improve people’s quality of life.

The devices will be quite lightweight (5–10 kg) and rely on long-lasting batteries, advances in miniaturisation (the art of making things tiny), and new filtering membranes.

Two of the best-known lightweight dialysis devices in development are:

The bioartifical or ‘cyborg’ implantable kidney

A bioartificial kidney is being developed that consists of a blood filtration unit (called the haemofilter) and human kidney cells (called the bioreactor). The live cells could theoretically perform other important functions of a real kidney, such as releasing hormones to control blood pressure.

The idea is that the device would be implanted by surgery similar to a transplant operation. It would then stay in the body for many years. The cells used in the device would be grown from the patient’s own cells and kept in a special compartment away from the person’s bloodstream. This means the patient probably won’t need to take drugs to dampen their immune system (immunosuppressants), unlike a traditional transplant.

The best-known bioartificial kidney is being developed by The Kidney Project, at the University of California, San Francisco.

The team is in the process of testing the two components of the device. If the haemofilter works safely in animals, then clinical trials in humans could begin in or after 2022. Technical challenges include keeping the device working long-term.

Several researchers around the world are attempting to grow a complete human kidney using kidney cells from embryos, stem cells from adults or cloned tissue. Stem cells are early cells that usually lie dormant in the body. They can develop into many different cell types when needed. Cloned tissue is made by taking the DNA out of the cell you want to copy and putting it into a new cell, which multiplies.

A team from Manchester University is the first in the world to have grown the parts of the kidney that filter blood (nephrons) in a laboratory dish using human stem cells. The laboratory-grown nephrons were then implanted into a mouse. They were able to filter the animal’s blood and produce urine, similarly to how a normal kidney works.

With healthy kidneys having an estimated 1 million nephrons each, the process would need scaling up to grow whole organs ready for transplantation. The beauty of using a patient’s own stem cells is that this could help to avoid their body rejecting the laboratory-grown kidney (which can happen with today’s kidney transplants).

The ability to grow nephrons in the lab is an exciting development. However, this research is in the early days. A lot more work is needed before lab-grown whole kidneys become available to patients.