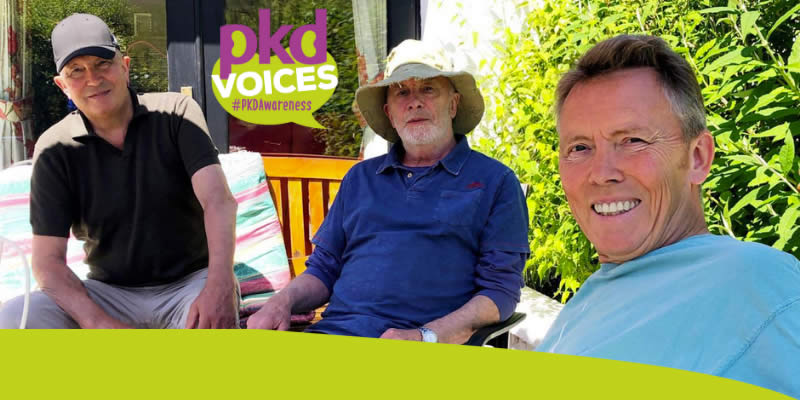 Former BBC Scotland presenter and journalist Bill Whiteford tells the unique story of how he and his brothers came to receive kidneys from living donors... by 3 different routes... within 3 years of each other!

"It's a common story. Our family knew vaguely that there was kidney disease on my mother's side, and she had a spell in hospital when we were all kids. But it wasn't until she was in her early 70s that a random blood pressure test led to a PKD diagnosis.

Three years later and mum got a deceased donor transplant, and her four grown-up kids got a new thing to worry about.

It turned out our eldest sister was clear, but all three brothers - John, Rob and me - were on our way to kidney failure.

I was 32, Rob 37 and John 41. We were all in reasonable shape, and we thought the day of reckoning might be a long time away. 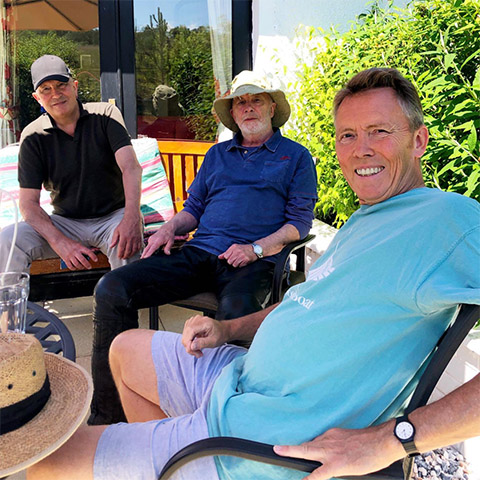 It's funny how time just gets away from us. Now in our sixties, all three brothers have failed kidneys, and we've each had transplants.

Rob was the first, three years ago. His ex-wife Linda donated through the Living Kidney Sharing Scheme.

Then, on September 7 2021, I received a direct living donation from my best friend, Mike Davidson.

Just ten days later John and his daughter Sonia were admitted to the same ward in Queen Elizabeth University Hospital in Glasgow, and the Sharing Scheme worked its magic again. The scheme means if a donor is unable to donate directly, they are matched with other pairs throughout the UK. As such, Sonia’s kidney helped save a life elsewhere, while another donor’s kidney was given to John.

So far it's early days, but John and I seem to be doing well: the transplanted kidneys are working and we're getting to grips with the medication and clinic visits. We've got great backup from Rob, who's been through all this before us.

T (for Transplant)-day feels like one of those pivotal times of your life: leaving school; getting married; having children. For good or ill, it seperates what went before from what's going to happen now.

It's nearly 30 years since I knew this time was coming, so I suppose I should have been ready for it. But even before getting here, the knowledge changed things. I became more focussed on doing what I could, before I got sick. So, with Mike (my eventual donor), I ran a few marathons, and ticked off more Munros (Scottish mountains over 3000 ft). Memorably, to celebrate our joint 50th birthdays, Mike and I undertook a ten-day adventure, crossing Scotland from Aberdeen to Ardnamurchan by foot, bicycle, and canoe. 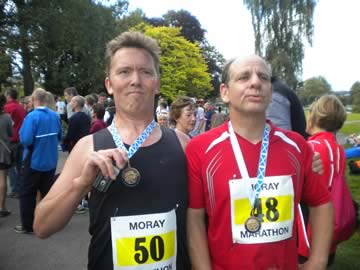 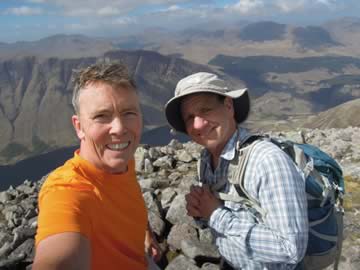 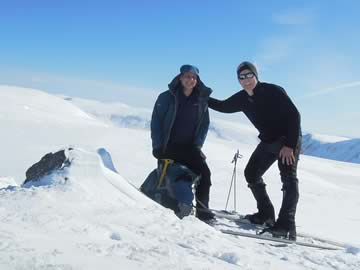 Gradually though, PKD made itself felt, and the last ten years have seen falling kidney function, swollen abdomen, and some pain from the cysts. There was tiredness, of course, and thoughts can get a bit foggy. I took retirement from my job as a BBC journalist.

Through all that I tried to keep fit, even when low haemoglobin levels left me panting walking up even a slight incline. Erythropoetin, EPO, sorted that, and just a couple of weeks before transplant I was able to take part in our local Parkrun. I might not have been the fastest, but I was able to run all the way. 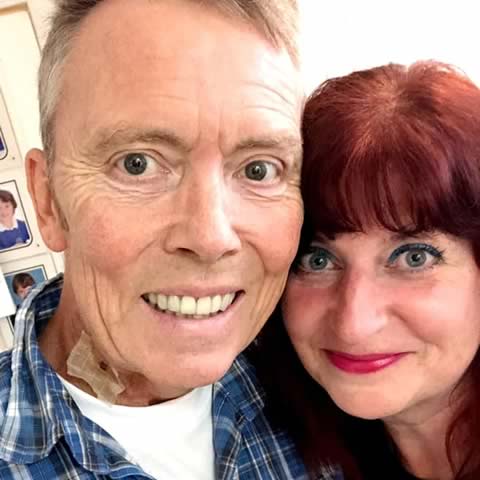 Bill with wife Linda after the transplant

My wife Linda had always insisted she wanted to give me a kidney when the time came, and she went through all the tests only to find that she wasn't compatible and likely would take a long time to match with anyone else on the Sharing Scheme.

It was a blow, but the surgeons stressed that time was running out if they were to do a pre-emptive transplant (before I needed dialysis). They stressed also that we shouldn't take too long because my own kidneys were getting so large that they were encroaching on the space they'd need for the new one.

Step forward Mike. He never hesitated, and despite living 100 miles away, he went through that whole gamut of tests and scans. 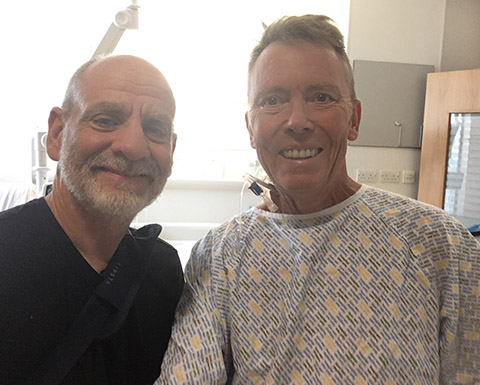 Bill and his donor Mike (left)

T-day was set, and in the run-up it loomed larger and larger. I could think of nothing after that date. Couldn't even imagine the few days after, let alone the months and years ahead.

And now, here we are on the other side. Mike and I had three days where we were able to totter up and down the hospital corridor to visit each other and dream of future wild adventures. Then he was off home. A few days later so was I.

John just about jumped into my hospital bed, and before long was going through the same experiences with the same (lovely) staff. It's good to be able to share the same concerns with him while it's still fresh in our minds. Even little things, like the dosages of all the meds we now have to take, or how the wound scars feel.

Of course, Rob's a great help with his experience. He warns that there are always ups and downs in the recovery, and there can be scares about rejection. So far though, for all three of us, so good.

And for me, with T-day receding in the rear-view mirror, it's time to look ahead: plan for the future. The hills are calling - under a hundred Munros to go. Will I be able to run again? Now I have an appetite, how can I stop eating too much?

More than all that, what can be done for the next generation? Between us, we brothers have ten children. Some have PKD, others don't. Some don't know yet.

We've made great advances in some fields: transplantation has a better success rate than in my mother's day (although her new kidney lasted the rest of her life), and  the supply of donor kidneys is increasing. But apart from Tolvaptan (which requires a burdensome amount of water drinking) there are no proven treatments to stop the progress of PKD. There are some promising candidates out there, but the pipeline is limited and slow.

I have faith, though, that somewhere there are scientists working on something that will end this disease. And if that's the future - bring it on!

Stay up to date with PKD Charity events, patient stories and research news as it happens by signing up for our free e-news or printed newsletter.