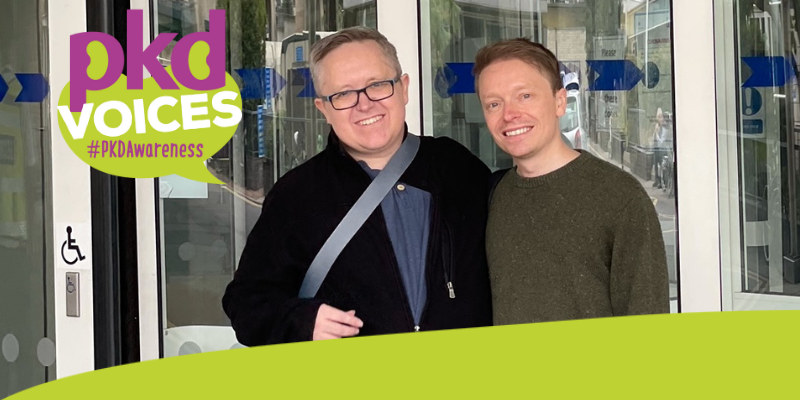 It’s common for family members with PKD to have shared experiences, but no one could have predicted that brothers Justin and Josh would end up having kidney transplants, at the same hospital, within days of each other. 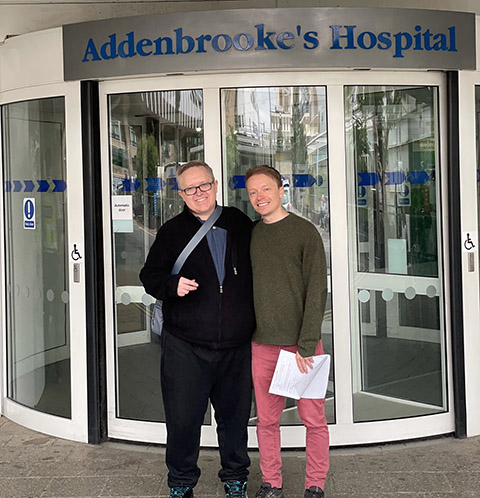 It began when their mum, a midwife, urged them to see the doctor after they tested positive for high blood pressure one day. Their dad, Jon - who received a kidney from his sister in 1994 – had PKD, so the risk of the boys inheriting it was known.

It came as a blow when ultrasound scans later confirmed they did have PKD. Justin was 24, and Josh - when finally diagnosed - was only 18.

Fortunately they had few problems early on, other than a trip to A&E due to a burst cyst for Josh.

It was on reaching 30 when Justin started with kidney pain; sometimes so severe he required hospitalisation. Treatments were short lived, and life went from bad to worse - the loss of his job, and sadly, the breakdown of his relationship.

Eventually, with better pain management he secured a new job, and met Mel who he married in 2019. By then, however, his function had declined and his kidneys were now so large doctors needed to make space for a transplant. He underwent a nephrectomy to remove one kidney, measuring 29cm (approx. 3x larger than a healthy kidney) and weighed 4.8kg.

This led to starting dialysis in 2020, which can be tough under normal circumstances, but during a pandemic was extra stressful. “It was a strange time…adapting to this new way of life while wearing a mask and trying to avoid covid” explains Justin.

His only choice was to carry on, and - since being activated on the transplant waiting list - hope that he’d receive a new kidney soon. Though he’d had offers from living donors, none were a match.

Meanwhile, Josh, who led an active life indulging his passion for music by playing in a band when not working, began to feel the effects of his declining kidney function. He became noticeably more tired, still weary, even after good nights sleep. By 2020, aged 32, doctors began the screening process for transplant and preparing him for dialysis. 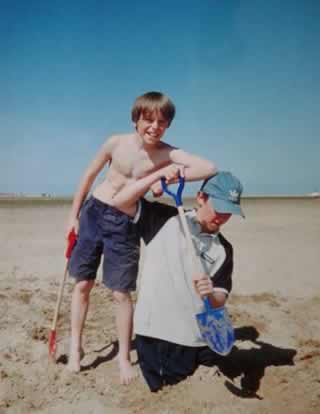 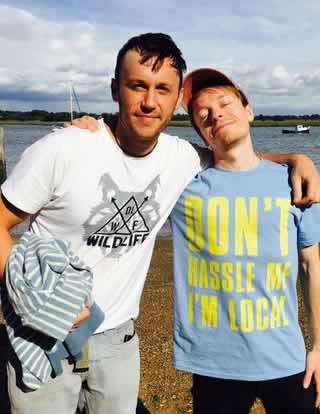 This is when 34-year-old James, his best friend since childhood, stepped in. Having grown up next door to each other, James was always there to support Josh whenever his worries about PKD arose.

Over the years he often said he would give Josh a kidney. And when the time came he was true to his word.

It wasn’t a decision he took lightly. He took time researching the process and outcomes of living organ donation. He even became an active member of online support groups so that he fully understood the cons as well as the pros.

And so, once the screening was concluded a date was set. Josh and James were admitted to Addenbrooke’s Hospital on July 27 2021, and the transplant went ahead.

Justin, and the rest of the family were delighted, as well as having the usual concerns. Thankfully, both donor and recipient responded well to surgery. James was up and walking the ward within hours of waking, while Josh’s creatinine level dropped to an incredible 99 within 3 days!

Ten days later, with Josh on the road to recovery, the unexpected happened.

Justin had not long finished a difficult dialysis session that left him wishing it would all come to an end, when he received a phone call.

As it turned out it was all just beginning.  On hearing the Transplant Coordinator and the words “I guess you know why I’m calling you at 6pm on a Saturday evening?” he knew exactly what it meant.

A kidney had become available. 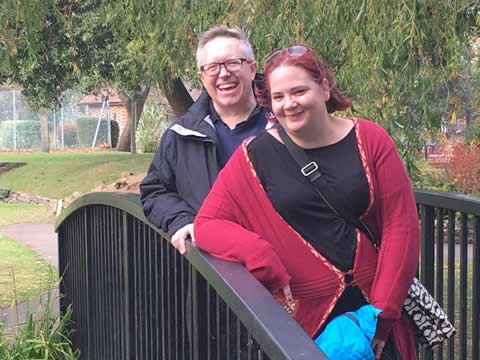 Two hours later a stunned Justin and an emotional Mel were were at Addenbrooke’s, the same hospital that Josh had been in only days earlier. Covid tests were done, followed by blood tests, X rays and then dialysis for a few hours.

Finally, at 2am on August 8 Justin was taken to theatre and the transplant went ahead. With one brother at home recovering from a transplant and the other in theatre having one, the family were overwhelmed!

Post-surgery it took some time to get Justin's pain under control, due to medication he took to manage his PKD pain. This required time in the high dependency unit. Six days later however, he was discharged to continue his recovery at home, with nurse Mel by his side.

A few weeks on Justin and Josh continue to improve. Plus they've the added bonus of being able to support one another when needed. With Josh being a few weeks ahead he’s able to give Justin advice, not something the older brother is used to! They attend transplant clinic together for regular monitoring. Although, as both are Js with the same surname, they’re mindful that doctors don’t mix them up! (We've a sneaky suspicion the brothers probably compare scars too!).

Justin feels both sadness and immense gratitude when he thinks of his donor and their family. He plans to write a thank you letter when the time is right, perhaps when their grief is less raw. For now he's concentrating on gaining strength and spending time with his Mel and son Cody. 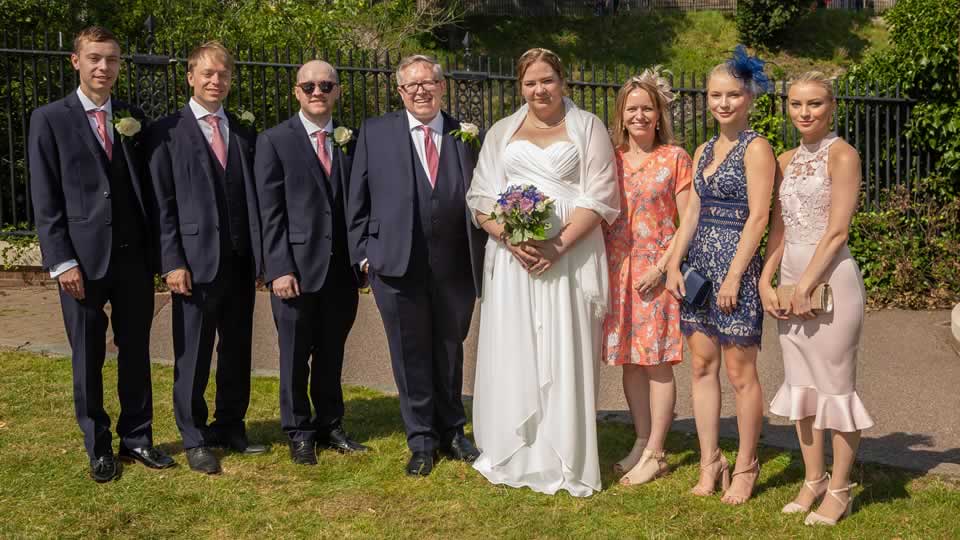 Josh is planning to buy a house and start a family with girlfriend, Ashleigh, once fully fit. His bond with donor, James, is stronger than ever. He can’t thank him enough for the gift he has given him.

Read more about James’s experience as a living donor.

Stay up to date with PKD Charity events, patient stories and research news as it happens by signing up for our free e-news or printed newsletter here.