What do you do when you’re diagnosed with an incurable disease and discover there’s nowhere to turn for information and support?

The solution for one PKD patient was to set up a charity! 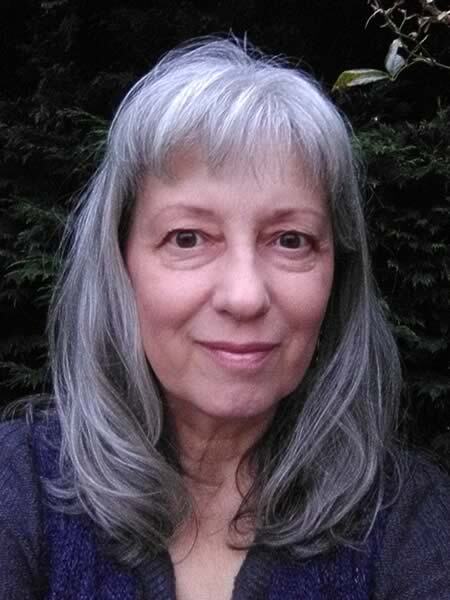 To mark our 20th anniversary this month, we share the story of Pam Hooley - co-founder of PKD Charity - whose determination to create change has helped improve the lives of thousands, as well as laying the foundations for better care, treatments, and hopefully a cure one day for Polycystic Kidney Disease.

“How could we look them in the eye and say we did nothing?" says Pam, spurred on to set up the charity by knowing it would make a difference to not only current but future generations affected by the disease.

It all began when Pam - diagnosed with PKD, aged 32 - went in search of any information, which might be helpful, both to her personally and for family and friends who were doing their best to be supportive. With no family history of PKD, it was a shock diagnosis that she was struggling to come to terms with. As the world's most common inherited kidney disease, she imagined that information would be so readily available that she’d come away from the outpatients’ department armed with fact sheets and leaflets. Yet, it soon became apparent that this was not the case and that good sources of information were actually very thin on the ground.

Not only was there an almost total lack of literature on the subject, but also there were no local support groups or even national groups who could provide her with the information she was seeking. Although it would have helped enormously to be able to speak to other patients, it seemed that there was no easy way of making contact with them.

When she did an internet search she discovered that the only organisation worldwide that could really help was based in Kansas, USA! The PKD Foundation's website was very impressive, both in terms of the information provided and the emphasis on bringing people together both to share information and experiences and to raise funds for research into PKD. There were groups, or chapters, in many states and even in France and Japan. Disappointingly, though, there was no UK chapter. 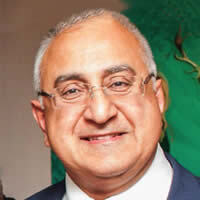 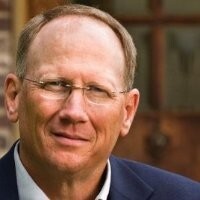 Nonetheless, encouraged by the work of the Foundation, Pam decided to make contact with Dan Larson, their president at the time. She also contacted several of their group co-ordinators, for further information on how to set up a UK group. At the same time, she met with Dr Anand Saggar, Consultant in Clinical Genetics at St George’s Hospital, London, and discovered that he was also very interested in establishing a UK PKD charity. Things were coming together.

After discussing the set up of a UK Charity with Anand and learning as much as they could from the PKD Foundation, they decided that the UK organisation really needed to be more than a “Friends” chapter. Patients and families in the UK needed more local support plus advice on matters that are specific to the UK (e.g. NHS-related, insurance and mortgage availability etc.).

They also felt that it was important to raise funds for the many worthy research projects here in the UK, which would otherwise remain unfunded. After much deliberation they decided that the best approach would be to form a separate charity which would be affiliated with the Foundation. That way they’d benefit from belonging to the US organisation whilst still remaining firmly rooted in the UK.

“We could fulfill our aims of raising awareness and providing support in this country whilst at the same time learning from the Foundation and working together to ensure that research efforts were coordinated”  explains Pam.

With all the groundwork completed, Pam and Anand’s plans finally came to fruition; on December 10, 2000, the PKD Charity was officially formed!

Of course the road to building a charity can be a rocky one. Working full time as an NHS accountant, mum to a young family and with little charity experience, Pam admits she quickly realised that “determination, whilst crucial, was not enough. This led into a learning curve for which I was unprepared. I look back and think, Oh the naivety!”

As a new charity and with awareness of PKD being so low – in fact few people had even heard of it - she encountered difficulty gaining the attention of the press who showed little interest in kidneys. This led to lots of 'chasing' with very few results, although as these early press cuttings show, Pam did have some success. 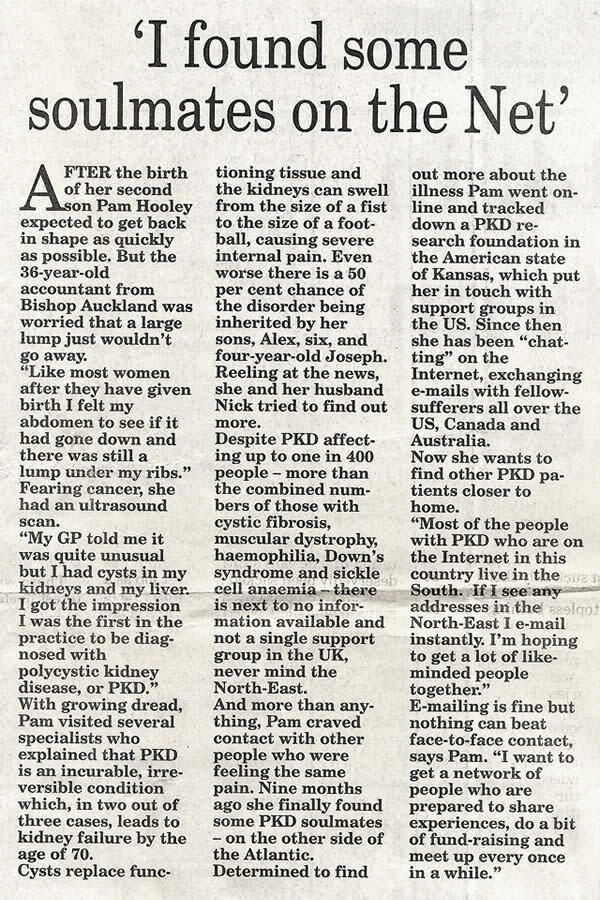 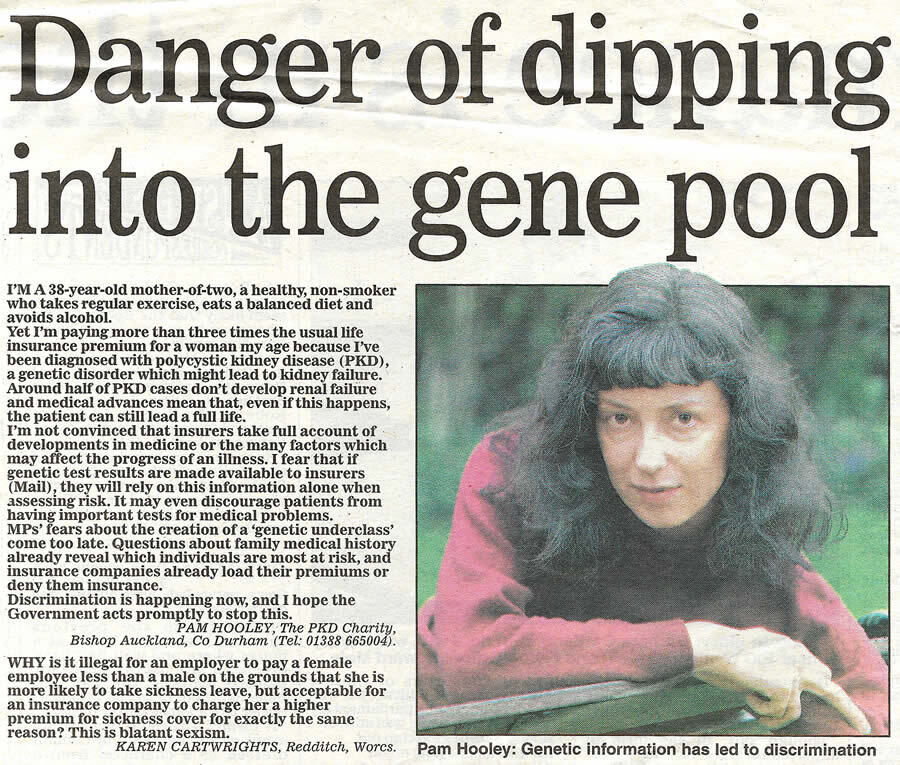 The patient support group that Pam was eager to establish was a slow and frustrating affair, conducted through a very clunky online platform - Facebook was still a twinkle in Mark Zuckerberg's eye back in 2000, so reaching larger audiences at that time was reserved for organisations with large online budgets, which the fledgling charity didn’t have.

Money was tight but thanks to perseverance, hard work, fundraising efforts and the generosity of our supporters, the charity began to grow. And grow.

Twenty years on, we're a dynamic network of expert staff, healthcare professionals, volunteers and researchers: the only charity dedicated to supporting the estimated 70,000 people in the UK affected by Polycystic Kidney Disease.

The information Pam once eagerly sought to help with her new diagnosis and beyond is now accessible through our website, literature, and national education and support events. Patients and family members can alleviate the concerns and isolation many feel through a wonderfully supportive, secure Facebook group, helpline, peer support, and meetups. Our research efforts go from strength to strength, including a recent ground-breaking partnership with Kidney Research UK, aimed at accelerating PKD research. 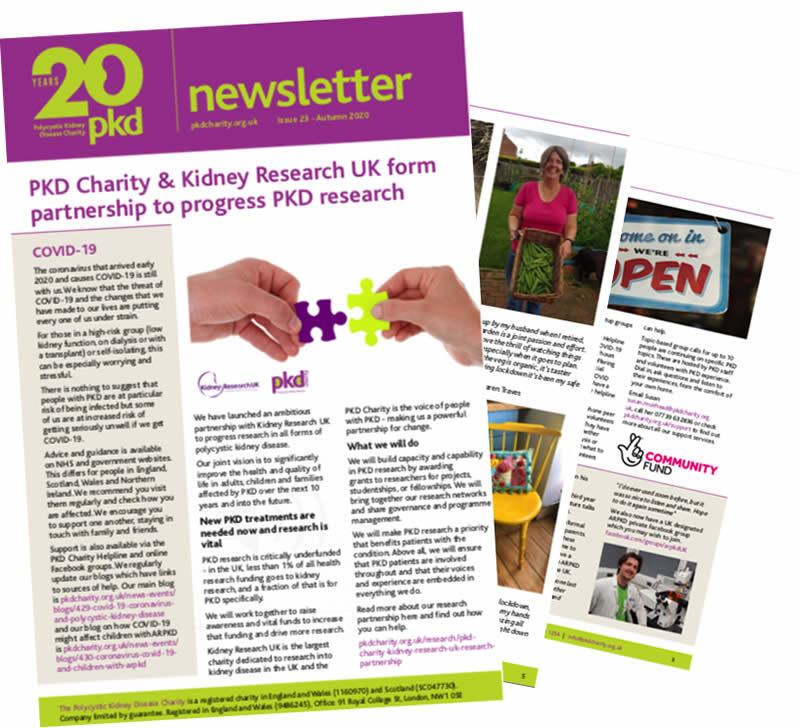 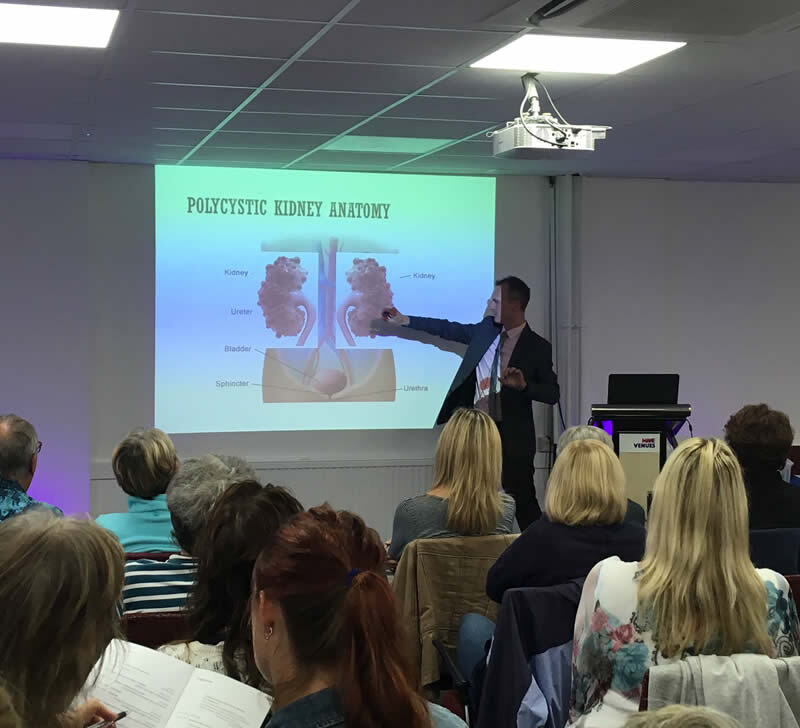 We're still a small charity that's heavily reliant on fundraising, donations and grants, but our ambitions are as big as they were back in those early days.

Pam, who has since stepped back from her work with the charity to focus on her health and family, says:

“I'm very proud to have been a co-founder of the charity and that it's obviously grown stronger over the years.  I think in the early days we made up for our lack of experience with great enthusiasm and hope for the future and now that the charity is well established and more well known, it's good to see what has grown from our little start up (on my kitchen table!).  There are now more research developments too and I'm really pleased we've been able to raise awareness of PKD and support some of those developments.  Perhaps another 20 years will see a cure!”

We all agree that without Pam's courage and determination none of this would have been possible - Our thanks and endless gratitude go to her, and of course to the inimitable Anand, who's still a regular speaker at our education events.  We'll be raising a glass to both on the 10th, and on subsequent anniversaries!